ONLINE STORE SETUPLet's build your own at a very affordable price! 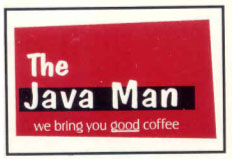 Coffee was first discovered in Eastern Africa in an area we know today as Ethiopia. A popular legend refers to a goat herder by the name of Kaldi, who observed his goats acting unusually frisky after eating berries from a bush. Curious about this phenomenon, Kaldi tried eating the berries himself. He found that these berries gave him a renewed energy. The news of this energy-laden fruit quickly spread throughout the region.

Monks hearing about this amazing fruit, dried the berries so that they could be transported to distant monasteries. They reconstituted these berries in water, ate the fruit, and drank the liquid to provide stimulation for a more awakened time for prayer.

Coffee berries were transported from Ethiopia to the Arabian Peninsula, and were first cultivated in what today is the country of Yemen.

From there, coffee traveled to Turkey where coffee beans were roasted for the first time over open fires. The roasted beans were crushed, and then boiled in water, creating a crude version of the beverage we enjoy today.

Coffee first arrived on the European continent by means of Venetian trade merchants. Many felt the pope should ban coffee, calling it the drink of the devil. To their surprise, the pope, already a coffee drinker, blessed coffee declaring it a truly Christian beverage.

Coffeehouses spread quickly across Europe becoming centers for intellectual exchange. Many great minds of Europe used this beverage, and forum, as a springboard to heightened thought and creativity.

Espresso, a recent innovation in the way to prepare coffee, obtained its origin in 1822, with the innovation of the first crude espresso machine in France. The Italians perfected this wonderful machine and were the first to manufacture it. Espresso has become such an integral part of Italian life and culture, that there are presently over 200,000 espresso bars in Italy.

Today, coffee is a giant global industry employing more than 20 million people. This commodity ranks second only to petroleum in terms of dollars traded worldwide. With over 400 billion cups consumed every year, coffee is the world’s most popular beverage. If you can imagine, in Brazil alone, over 5 million people are employed in the cultivation and harvesting of over 3 billion coffee plants.

THE JAVA MAN opens the possibility for dynamic entrepreneurs with a strong desire for success to invest in a franchise. Franchises are available nationwide in the Philippines.